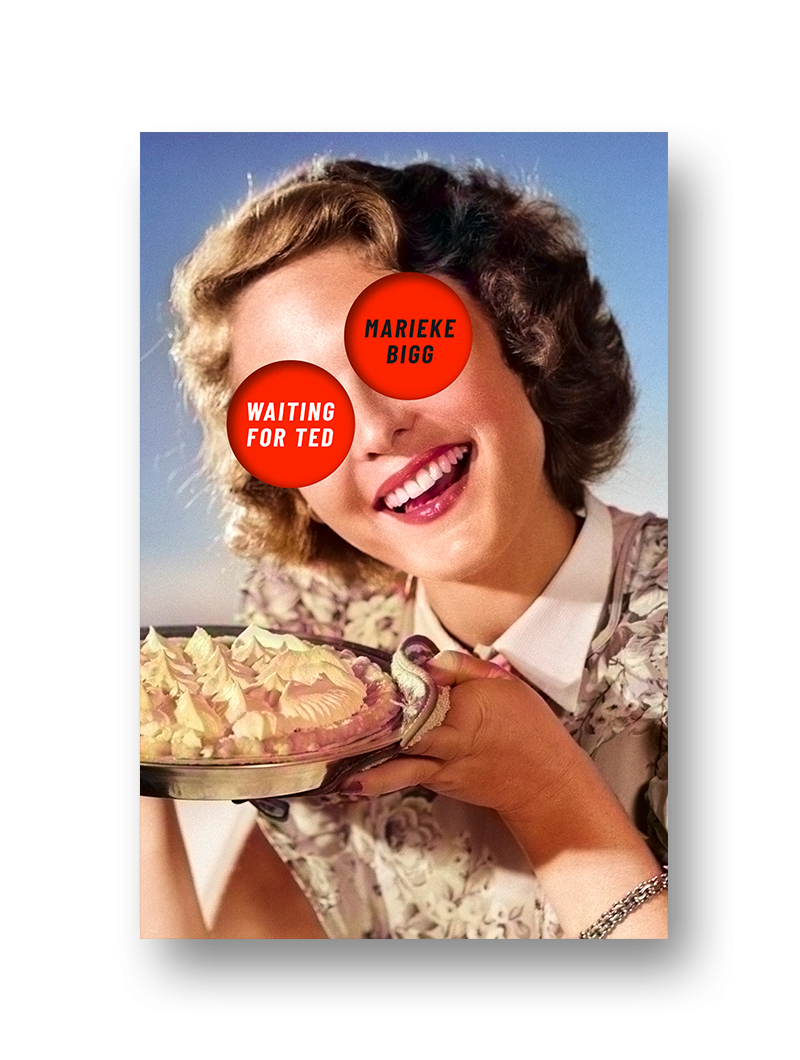 Waiting for Ted
by Marieke Bigg
£9.99

“After all these years, I was surprised to find that we were still in the process of trying to assemble two fully self-sustaining parts into one.”

WAITING FOR TED charts the destruction of Rosalind and Ted’s relationship at the hands of an expensive chaise longue. Rosie comes from a wealthy, upperclass background. She dreams of being a traditional housewife to her big strong working man, cooking, tending the house and instagramming her perfect life. But she also needs to fill her house with things that she can Instagram, so when Ted bans her from spending any more of her father’s money on her ‘work’ as an interior design influencer until she’s actually earning, she begins to scheme – only to watch her schemes unravel, and the rest of her life with them.

Told in a series of reflections over the course of an evening spent waiting for Ted, Rosie charts her relationship’s downfall, how she drifted from her only friend (who she never really liked anyway), how she contributed to the breakdown in her parents’ marriage, how she never really let Ted into her perfect world, how she drove them to their spectacular breakdown, and as she does it becomes increasingly clear to the reader that Ted may not be coming home at all.

Marieke Bigg studied her PhD on the social history of IVF at Cambridge University and is the author of non-fiction title Misdiagnosed which considers how medicine has failed the female body. Waiting for Ted is her debut fiction novel.