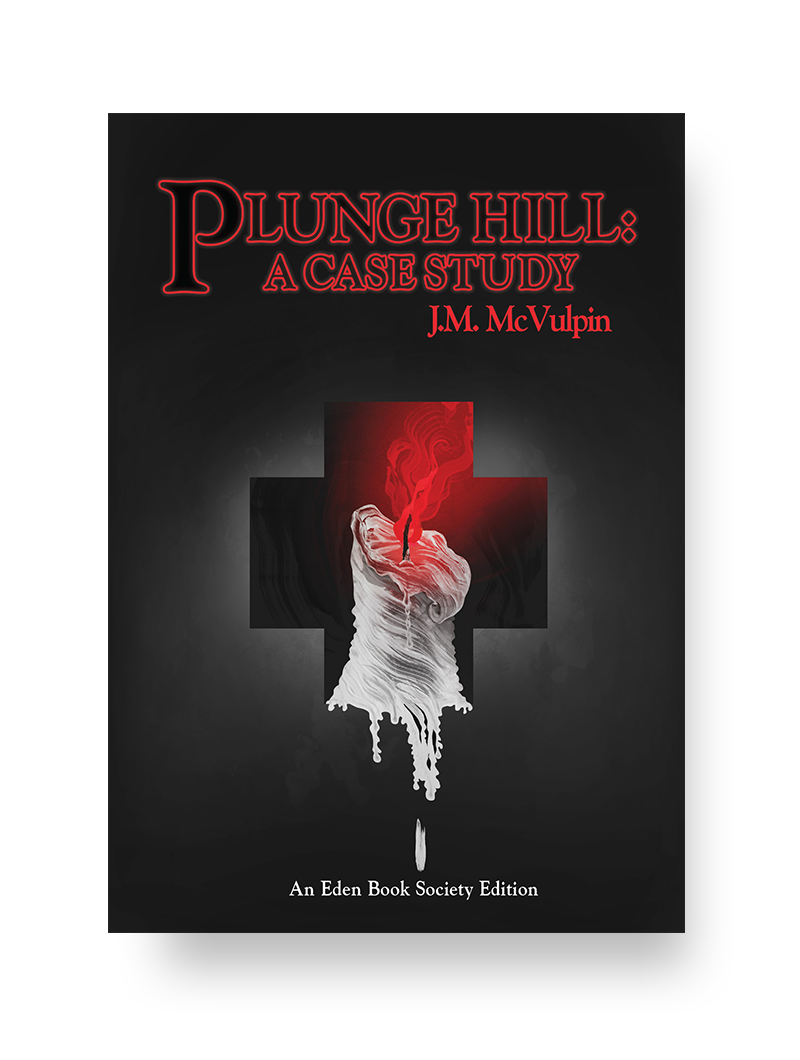 “Bridget Shipley’s pathology was hidden, a bud that bloomed in darkness.”

In 1972, during the chaotic days of miners’ strikes and the three-day week, Bridget ‘Brix’ Shipley moves to Plunge Hill to start her new job as a medical secretary at the local hospital.

As she writes to Maurice, her younger brother, sick at home, it becomes clear that not all is well at Plunge Hill. There are frequent power cuts and she has to work by candlelight. While she’d hoped this might inspire some blitz spirit and solidarity between her, the other secretaries and the medical staff, she’s increasingly isolated and seemingly ignored by her co-workers.

When originally released in 1972, Plunge Hill pushed the boundaries of the epistolary format within horror. Nearly fifty years on and the novella has lost none of its power to shock the reader with its terrifying portrayal of both the real and imagined goings on at Plunge Hill.

Plunge Hill: A Case Study is part of the Eden Book Society series.

by Sophie Hopesmith
£3.99 – £16.00
Pre-order
Preview Book
Get 10% off your first book Join our newsletter to receive news
on our latest books and authors.
Tweet
Share
Pin