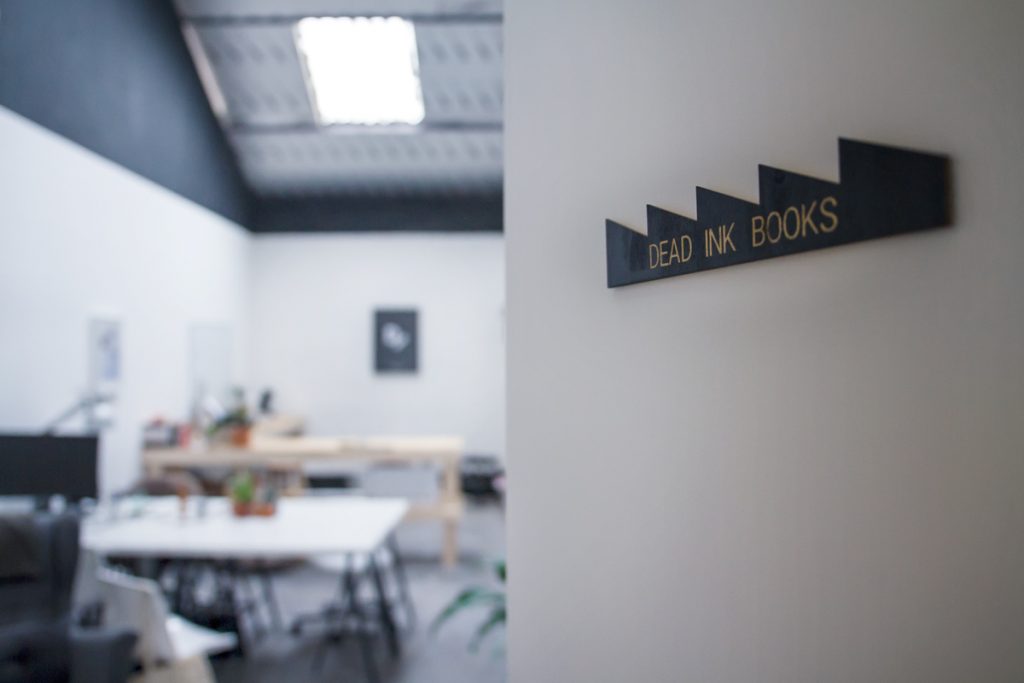 Supported by Arts Council England, we’re focussed on developing the careers of new and emerging authors.

We believe that there are brilliant authors out there who may not yet be known or commercially viable. We see it as Dead Ink’s job to bring the most challenging and experimental new writing out from the underground and present it to our audience in the most beautiful way possible.

Our readers form an integral part of our team. You don’t simply buy a Dead Ink book, you invest in the authors and the books you love.

You can keep up to date with the latest Dead Ink events, workshops, releases and calls for submissions by signing up to our mailing list.

A Brief History of Dead Ink

Dead Ink began life in 2011 as one of the first digital-only independent presses. Started by Wes Brown in Leeds with a grant from Arts Council England, Dead Ink established itself as an innovative new publisher with an eye for creative projects and spotting emerging new talent. It was at this time that Nathan Connolly came on board to help with publicity and then as an Editor when Dead Ink released its first print titles in 2014 and experimented with crowdfunding.

In 2015 Brown left to focus on his own writing and his career in academia. Nathan Connolly was looking for a career in trade publishing, but, unable to move to London to work on an unpaid internship, founded Cinder House Publishing Limited in Manchester and took over the Dead Ink brand, making it an imprint and the trading name under Cinder House. With further funding from Arts Council England, he was able to quit his day job and begin full-time at the newly re-launched Dead Ink. It is at this point that we consider the start of Dead Ink as it is today.

No longer a digital-only press, the new Dead Ink continued to be supported by Arts Council England as it grew and became the press that you know today.

Where We Are and Who We Are

Dead Ink grew to become a close-knit team with Jordan Taylor-Jones running publicity and Laura Jones joining as Interim Publisher until late 2022 when Laura left and Harriet Hirshman joined to expand our remit from publishing and into bookselling also.  Most of our recent covers are designed by the talented Luke Bird and our branding was done by Liverpool based creative agency Thoughtfully.

We work with a number of skilled professionals on a freelance basis to bring many of our projects to life and, though we can’t name them all here, they are integral to making Dead Ink work. Freelance contributors, we salute you!

Our sales are managed by Inpress Books and we’re distributed by Ingram Publisher Services.

Though we’ve grown over the last decade, our DIY roots persist and feed our ambitions. We’re based in Liverpool these days and operate out of our studio in Northern Lights in the Baltic Triangle. Every year brings us new challenges, but it also brings us new rewards as we bit by bit get bigger and bigger and better and better.