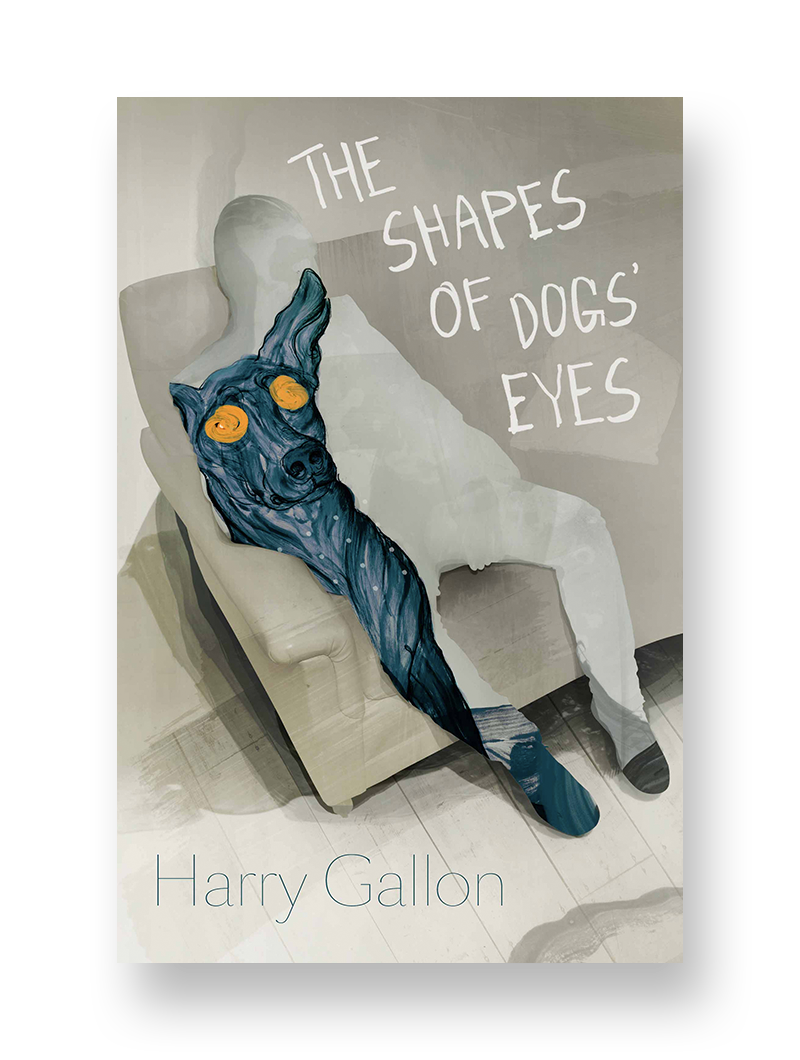 Awarded Runner Up in the Saboteur Awards 2016 for Best Novella.

“Gallon’s at his best when he writes about people and places and things. The Shapes of Dogs’ Eyes succeeds when there is no pretence, just descriptions of life as lived. Gallon is a keen observer and expert chronicler of hipster East London.”
– Open Pen

Convinced that London’s young-professionals are being controlled by their dogs, a homeless bartender embarks on a drunken campaign to rescue his peers from domesticity. Sofa-hopping across a Hackney overrun with hungover musicians, craft brewers and their canine masters, he slips further into fantasy the more obsessed he becomes with setting everyone free.

Set in a modern London as brittle and unmoored as the characters that move through it, The Shapes of Dogs’ Eyes explores the philosophies of love and homelessness with a restless sense of uncertainty.

Harry Gallon is an author and freelance reader from the South of England. His short fiction and poetry have featured in numerous publications, including The London Magazine and Forward Poetry. In 2013 he was a winner of the first annual Storgy Short Story Competition, and was shortlisted for the Jane Martin Poetry Prize in 2014. He lives in London.

This is a hardback book

by Nathan Connolly (Editor)
£1.99 – £9.99
Pre-order
Get 10% off your first book Join our newsletter to receive news
on our latest books and authors.
Tweet
Share
Pin