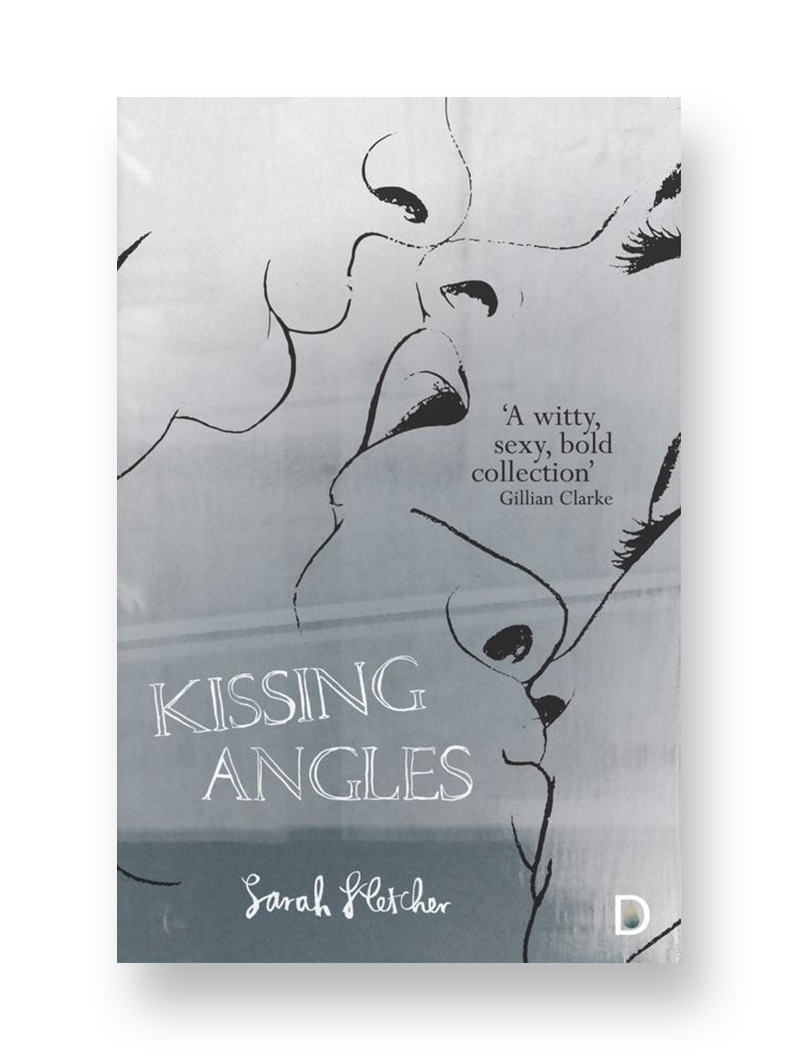 “Sarah Fletcher’s poems are like those paintings whose eyes follow you around the room: you never quite escape their quizzical gaze. There are portraits of fighters, lovers, lads and bored dreamers, people drowning and people remembering how to swim. Each one is sketched with confidence and wit.”

“A witty, sexy, bold collection from a new poet unafraid to look at powerful subjects with clear-eyes and humour. This is word-music with no rules but a perfect ear for poetry, and a sharp eye for human love and folly. Some of these poems just took my breath away”

“Kissing Angles is a refreshing take on the meat and gristle of love (love as compulsion, love as communion, love as desire, love as need). Sarah Fletcher’s deft employment of myriad narrative voices yields a nuanced collection of genuine range and enviable boldness.”

In her first pamphlet, Fletcher extracts uncommon poetry from common and extraordinary events alike. Dates disappoint in surprising ways. 21st century life is shadowed by the glamour and squalor of a 20th century that refuses to die. Confessional narrators pose complex angles on relationships, teetering between romance and abuse. Fletcher’s poetry places us, shiny, tender, and bruised, in the here and now.

Sarah Fletcher is a young British-American poet. In 2012, she was a Foyle Young Poet, and in 2012 and 2013, won the Christopher Tower Poetry Prize. She has been published in The Rialto, The London Magazine, The Morning Star, Ink Sweat & Tears, and had her work commended in The Bridport Prize and the Stephen Spender Prize. Her work has been nominated for a Pushcart Prize and displayed at Olympic Park.

by Marc Nash
£9.99
Pre-order
Get 10% off your first book Join our newsletter to receive news
on our latest books and authors.
Tweet
Share
Pin