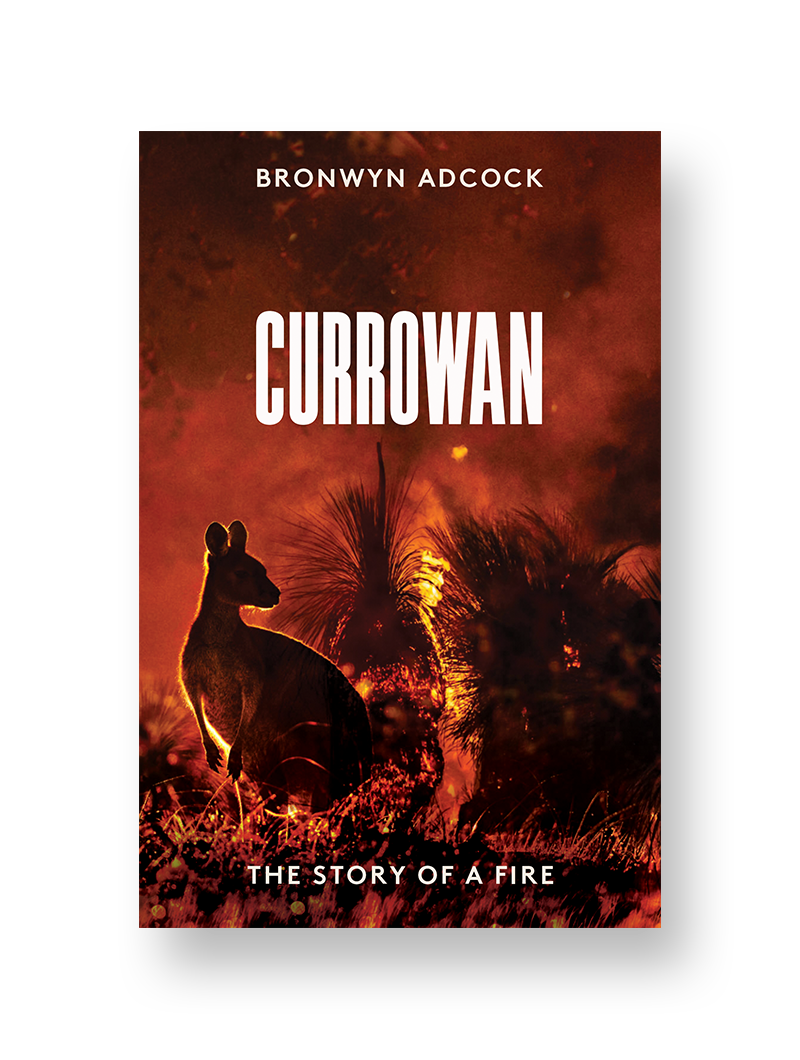 Currowan – The Story of a Fire
by Bronwyn Adcock
£9.99

THIS IS A PRE-ORDER FOR A BOOK PUBLISHED AUGUST 2022

The Currowan fire – ignited by a lightning strike in a remote forest and growing to engulf the New South Wales South Coast – was one of the most terrifying episodes of Australia’s Black Summer. It burnt for seventy-four days, consuming nearly 5000 square kilometres of land, destroying well over 500 homes and leaving many people shattered.

Bronwyn Adcock fled the inferno with her children. Her husband, fighting at the front, rang with a plea for help before his phone went dead, leaving her to fear: will he make it out alive?

In Currowan, Bronwyn tells her story and those of many others – what they saw, thought and felt as they battled a blaze of never-before-seen intensity. In the aftermath, there were questions: why were resources so few that many faced the flames alone? Why was there back-burning on a day of extreme fire danger? Why weren’t we better prepared?

Currowan is a portrait of tragedy, survival and the power of community. Set against the backdrop of a nation in the grip of an intensifying crisis, this immersive account of a region facing disaster is a powerful glimpse into a new, more dangerous world – and how we build resilience.

by Karen Havelin
£5.49
Pre-order
Get 10% off your first book Join our newsletter to receive news
on our latest books and authors.
Tweet
Share
Pin