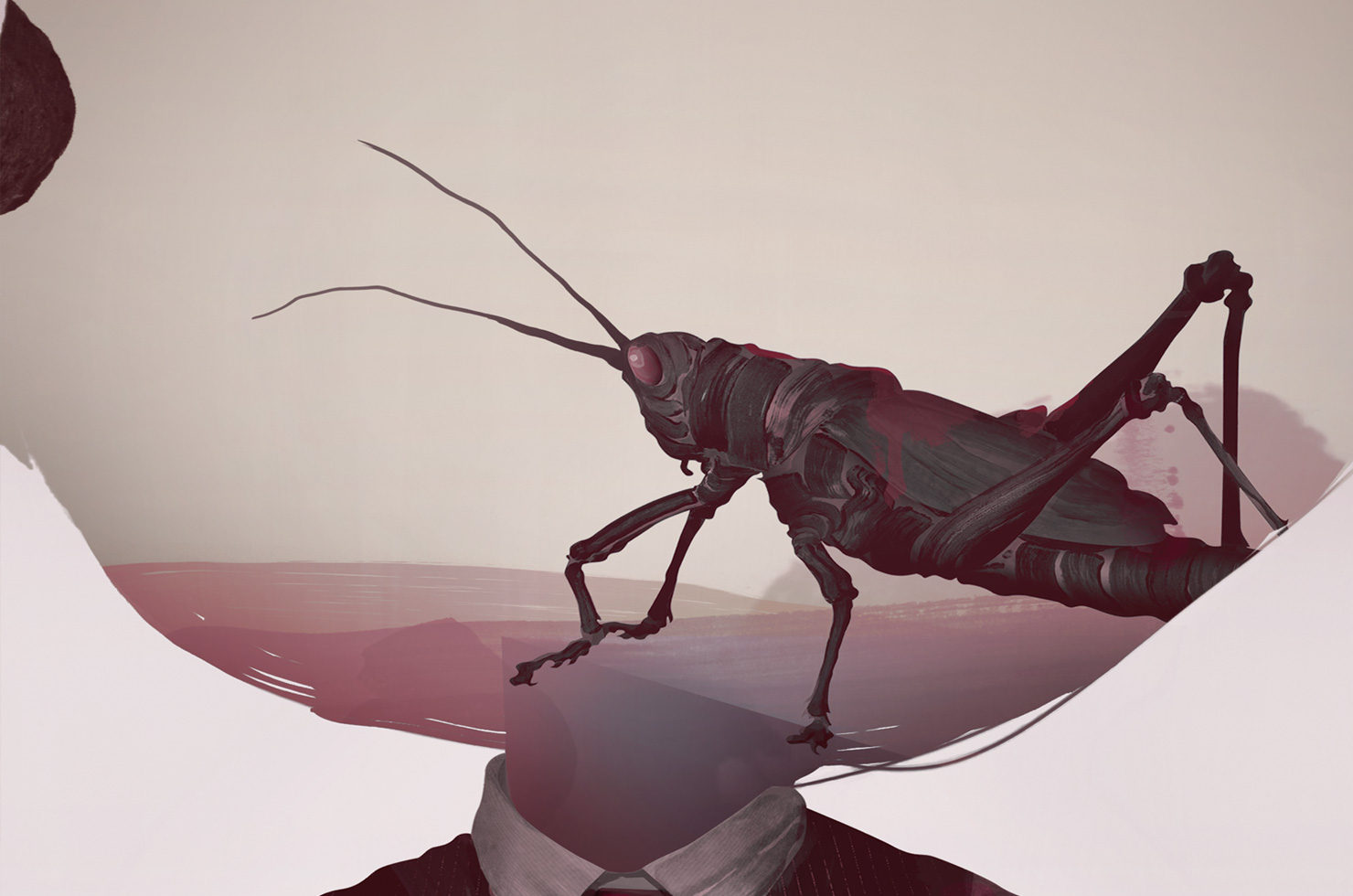 ‘I Love Dick’ and other dangerous thoughts

Lately, I wonder how Chris Krauss felt when family asked her about I Love Dick. I admire Erica Jong for chatting gladly about zipless fucks.

For although my book is never particularly explicit, it’s got the “c” bomb chucked in there, a kinky portion of dough balls, plus a main character who dances and writhes in his own emotional bile.

And I do worry about readers. You see, I’ve never had you before. This is my debut book. I have been a secret writer for years: stashing away scraps in drawers, in fear of judgement.

Perhaps it is not just down to gender, but I do feel that I – as a woman – have been indoctrinated to smile, beguile and people please. To put on a good show. In Real Life, I present my “decent” side. I do not get too vulnerable.

Another Justified Sinner does not fit this bill.

So in this hour of panic, before my book is released to the wild, I turn to the women who treaded this terrain before me with far greater guts.

Let us begin here. At school, a teacher handing out the The Yellow Wallpaper by Charlotte Perkins Gilman, written in 1892. In this story, a woman sags into psychosis – hidden away by her husband’s disgust and discomfiture. She starts to see women, like her, creeping around in the wallpaper, trapped in the trappings of the house. She peels the paper from the walls, to set the women free: ‘All those strangled heads and bulbous eyes and waddling fungus growths just shriek with derision!’

We were a class of hormonal 14-year-old girls, dangling off a great cusp. And what happened next was like something out of Carol Morley’s 2014 film The Falling.

We didn’t faint en masse. But we became bewitched, obsessed, deranged and manic: eating disorders, anxiety disorders, panic attacks and depression. We all spoke about The Yellow Wallpaper in lunch hours, at weekends, where before we had spoken only of boys and bands. It rattled its way into our heads. It’s not that the story was a bad influence, that it made us into something. It simply coaxed out what was already there, which nobody let us acknowledge; feelings outside the norm. That story dared to say it in words.

Later, I would read Perkins Gillman’s Herland, an imperfect but enjoyably rollicking look at an all-female utopia. I felt like the early outline of feminism was hatching out of my brain.

I had not read Germaine Greer or anything academic at all. It just seemed natural and obvious, all of a sudden, just like that: we could be similar, the same, completely different, and still equal. None of those statements contradicted the other.

It was around that age that you look to the “cult” fiction, whatever “cult” really means. We passed books around like spliffs, but they were all by men, come to think of it: Charles Bukowski, Sartre, Douglas Coupland and Anthony Burgess. If you glance at these cult lists online, you tend to see very few women. I’m not sure why – it’s surely not for a lack of them. But you didn’t automatically know that women could write like that: gutsy and strange. It wasn’t part of the zeitgeist. We grew up on Sooty, Sweep and Soo, for God’s sake – and nobody liked Soo. She was a pain in the arse. Female, ergo prim.

Anyway, there was a definite need for transgression in those teenage years. In institutions like school, it gave us a way to break the rules. That’s true for most of us, at every age. We watch Bonnie and Clyde and understand what compels people to drift away from the centre. We read An American Tragedy or Strangers on a Train with a vicarious thrill. We will them to get away with it.

Shock, revulsion and horror all have a similar psychology behind them, so it seems. It is the feeling that makes us turn, just for a moment, to glance at a car crash victim or a scuttling rat.

Professor Jeffrey Goldstein, a social psychology, is quoted as saying: “Even though they choose to watch these things, the images are still disturbing for many people. But people have the ability to pay attention as much or as little as they care to in order to control what effect it has on them…”

Professor Clark McCauley, in the same field, has also described this “sense of control” that gives us “psychological distance”. In short, life is full of danger and menace – and we process this fact better within the confines of fiction.

So, yes, more and more, I scrambled around for artistic shock treatment. I kept an eye out for the obscenely strange: films such as Freaks, The Devils, Shock Corridor, Eraserhead. I peeked at pictures by Bosch and Bacon. The word “grotesque” comes from “grotto”, after early paintings found in a Roman cave. That etymology seems fitting: a leer at the subterranean urges that lurk in us all. And though this goes beyond sex, doesn’t “body horror” belong best to the woman? The swelling and drooping of bodies each month, the grinding of periods, the baby incubation, then the rips and the tears to get that baby out.

Perhaps that’s why I started to seek out fellow women, to find a tribe. Surely, everyone has a cultural tree, as well as a family one? There are films I recall like a ready-made dream. I think of certain songs as ex-lovers. And my DNA is wound up with warriors: Patti Smith, Poly Styrene, Pina Bausch, Claire Denis, Marianne Brandt, Isabelle Huppert, Naomi Klein, Katherine Hepburn, Lee Miller and Peggy Seeger (to name some)… They all swirl into the melting pot of fearlessness we so desperately need.

Soon I was reading Margaret Atwood: The Handmaid’s Tale, of course, but also Cat’s Eye. I trembled as Elaine bit the skin off her lips. I was 16 and sitting in a hospital, trying to get to the bottom of my epilepsy. They thought it was psychosomatic – and only days of wires and strobe lights would prove them otherwise. Anyway, it was only then, I realised, that my own lips were gnawed and scabby. I was unhappy, too – and it took Elaine to show me.

I can’t list all of the books and all of the women that jolted me. But, of course, I remember The Piano Teacher – the film, first of all. The shock at the self-harm but then, when I got to the book, realising that the scene that stood out was the mother and daughter in bed; everything tacit, that violent outburst of love. Elfriede Jelinek turned domestic scenes into the purest horror.

Later, much later, came Anna Kavan and Muriel Spark, Doris Lessing and Toni Morrison, Carson McCullers and Anaïs Nin. Virginina Woolf, seeing us as “so unequally [made] of clay and diamonds, of rainbow and granite”. Angela Carter and her “scarlet, palpitating core”.

My most recent discovery has been Clarice Lispector, whose short stories pulse with the dark and concealed. In many, she uses the traditionally “feminine” flower as a trope for some great, unbidden feeling. In The Imitation of the Rose, Laura has a mental relapse – “It was because of the roses,” she says. The husband, in turn, “averted his eyes in shame at the indecency of his wife, who, blossoming and serene, was sitting there”.

Indecency. Indecency for blossoming, for bursting from bud into bloom…

Fast forward all this, and here I am with Another Justified Sinner. It is not the book that I expected to write.

I wrote it in tiny fragments over a two-year period; constantly butted out by work and life and migraines. Those two years were filled with some bleak times. People died and people suffered. I worked for a charity on the refugee crisis. My colleagues sent me reports of the latest boat drownings. There were pictures of body bags. Prior to this, I worked on climate change policy; a job that mostly involves listening to climate sceptics shout. I felt very useless and drained. No wonder that Another Justified Sinner is splenetic and cynical (although, I hope, funny; humour always hides in the toughest things).

You see, at the height of it all, I was thinking about consumption; about judging ourselves, as a society. How much we are to blame for the discrepancies in the world. How much do we just look away? Are we born guilty for inheriting our privilege?

All that Marcus, the main character, wants is his own happy ending, and to hell with everyone else. He’s contemptible – but does he sometimes touch a nerve? Who doesn’t want to be at the top of the food web – the predator and not the victim – when push comes to shove? As Marcus says: “It’s just a matter of drawing your lines.” He rejoices at “The grids and the skids that keep everything moving, the flow charts still flowing, all of this turned up to the maximum, the light switch, plug socket, the reverberation of boilers. A flicker of neon, the hands held at the cinema, the laughter of restaurants, a wine glass knocked to the floor. I’ll take all of it, all of it.”

In years still to come, I may write other books: books full of hope, books full of magic, just lots of different kinds of stories. Some with women, some with men, some from different places or time. But, for now, Another Justified Sinner is the one that poured out of me. Whenever I got a moment to write it, I just felt the most glorious relief. It was like lancing a blister.

That isn’t really about gender, it’s about mental health. Should we start to feel comfortable about shame? Better shame, than repression. So let us speak honestly about our fears and emotions and guilts; turn over rocks in the rockpool to disclose the crabs. That is the thrill: feeling cool air breeze in through the cracks that you have long paved over; watching shoots of growth on those cracks, letting it all unfurl and relax.

That’s how we make everything heal.

Her debut novel, Another Justified Sinner, is crowdfunding on the Dead Ink site now.