My Political Novel by Haroun Khan 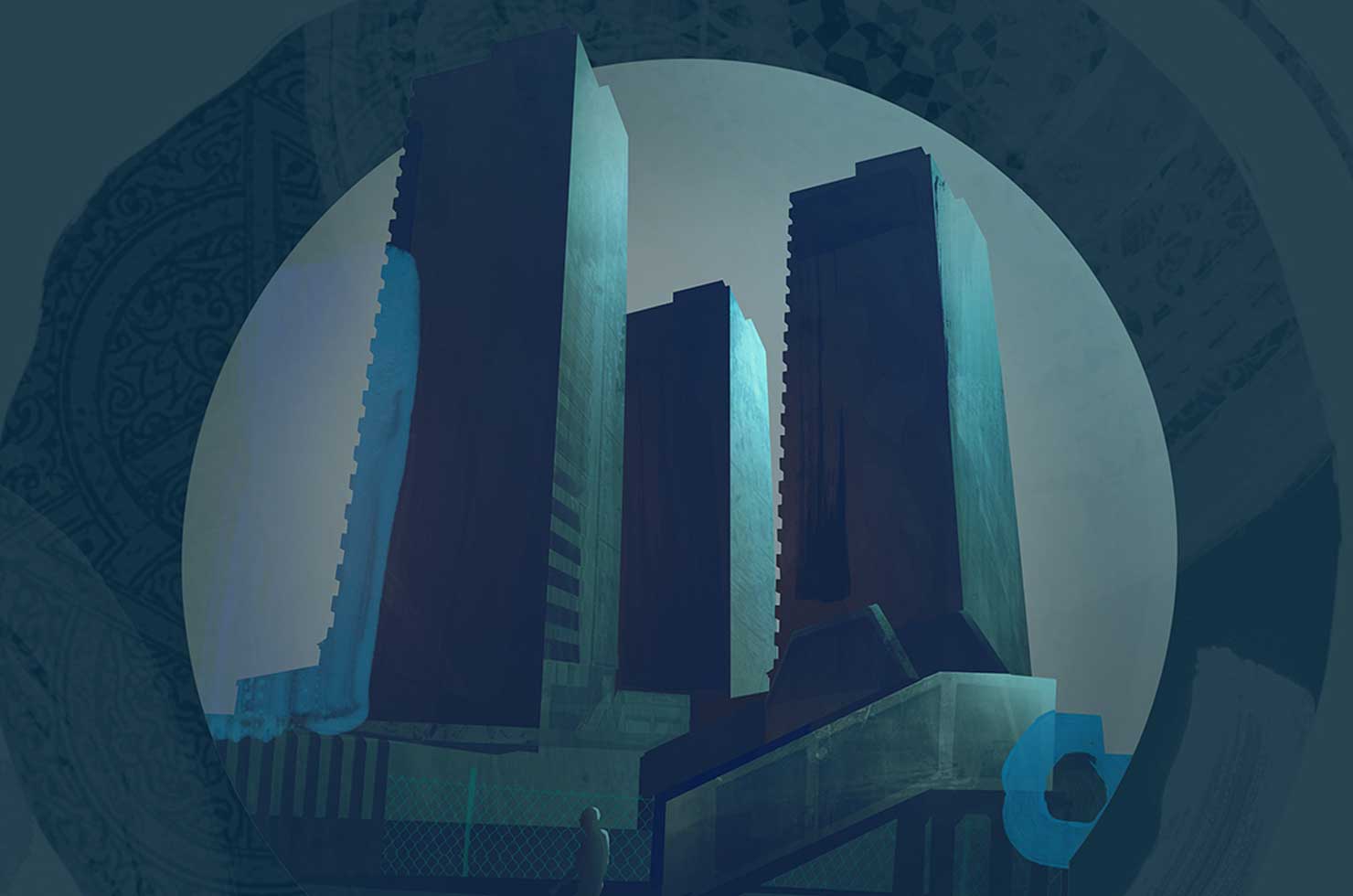 There’s a really snotty attitude towards the political in novels. Maybe because life has been settled in this sceptered isle for so long, immune to invasion, governed in peace with histories of triumph and consistent progress. So, many English novelists have had the luxury of turning to the interior. The comfort of seeing the individual as something somehow independent from all around them: the book as an excavation of the self. This soon could all change; we live in an age of convulsion and confusion that feels unprecedented. Brexit, Trump, the speed of technology and economic change have created a long endless pit of uncertainty. The Deliveroo job has made us nostalgic for the McJob, Trump for Bush and fellatio in the oval office seems quaint compared to a President wanting to grab women by the pussy.

As the children of immigrants, this snobbery to the political was always an extravagant attitude. An illusion. Life is always subject to the external trends and policies of others. That is something consistent, your individuality is always subject to the external in an obvious way. How your parents arrived here, what access you have to health and education, who your social peers are, what your prospects are in life, all initiated at some stage by unknown men sitting in offices far away. When the community and society you know is in flux, if not crisis, ideas and the political are a currency, an everyday unit of exchange. You regularly spot how external events seem to overwhelm any individual life.

At some point, though, being a subject influenced in this way irritates. Like that mysterious object at the back of your shoe that you just can’t shake out, being defined outside of your control irritates. It needles and grates and annoys.

This is magnified for many Muslims in the UK today. Race, class, history and religion weave in and out of each, they waft and wane, connect and entwine in a myriad of ways. So the challenge becomes how to define yourself. How to not allow others that infringing liberty, and, at some point, as the individual fights for their individuality within an intransigent society, then there can be a flashpoint. A critical moment where you can fall, lose your footing as you have forever been off-kilter. Where struggle becomes a form of violence.

And this is where I started with my characters in The Study Circle. We are now 20 years into talking about Muslims, yet novels published by British Muslims are scant. At best, we are sold exotica from foreign countries in the “East”, or left with praised caricatures by people such as John Updike in The Terrorist, and watch on as white middle class reviewers praise white middle class authors for the authenticity of their portrayals. They endow each other with laurels and ovation yet “Muslims” aren’t part of the conversation. We are talked about and not with.

Maybe this is just a function of the “market”. But part of publishing’s conceit is that writing upholds the civic discussion that represents and frames our society. Publishing, especially literary fiction, has a pretence as a higher form. It claims that it is more than just a prestigious cultural ghetto. A form that is an essential part of our national conversation. What does it say when important parts of society are outside of that conversation?

Portrayals of Muslims tend towards stereotypes. They boy who cycles down the road, sees large breasts on a Wonderbra billboard and decides on the spot to blow himself up. The shrouded, oppressed girl who watches videos of the latest boyband and then pines for lipstick and mini-skirts. They may indeed be valid subjects, but are so often rendered that they become a coarse, deluded ethnography with no serious capacity to represent the view of the characters themselves, just a projection of an outsider’s anxieties and their own pathologies.

So I wanted to write freely, without that entrapping external gaze. To write with honesty and without a foreign filter. However, in this climate, even an assertion of your voice is seen as a threatening act. Among some Muslims there is wariness of being so transparent as there is the fear of being judged and condemned yet again. In educated non-Muslim circles when I bring up the subject of my book and the travails of my characters, there is an air of discomfort. People are nervous: they don’t know whether to be supportive or condemnatory, so the issues are left hanging, waiting for some social permission to make a judgement one way or another. Of course, that permission will never come, there is no judgement to be made – this is, after all, a literary interpretation, not an essay. The characters are beholden to representing their lives as they themselves see it. Nothing else.

I also felt that unease completely during the writing of the novel over a tortuous two year period. There was a feeling of being transgressive and odd. I felt what my characters feel, and writing in such a hostile age has been mentally exhausting. I felt a lot of pressure with this book due to the dearth of voices from a similar background; that the book bears a weight and responsibility for so many. It can never do this of course. It can only speak for itself and cover the voices of a few out of the many.

There is a lot I’ve said here that people can take issue with. For example, we could delve into the issues of cultural appropriation. It is a thorny area but it consistently provokes a reflex reaction from some that their right to express anything they wish is under threat. The fear that we are entering a form of censorship where writers are unable to write about lives outside of their direct experience. I can’t say I care much about that reaction or the conversation as it seems yet another luxury. A luxury because before many of us haven’t even got to the point of practicing those rights, as the current situation is this: that people are not given a platform to write about themselves, let alone others. There are many who can go through a whole lifetime without seeing their lives represented, and even if they do it is through a completely alien filter.

My characters are young, working class, and live in a sclerotic urban environment that diminishes them and those around them. They are also religious and political, trying to balance ties of friends and family with their own ambitions. Despite a toughened and inured outside shell, they are quite sensitive to representations of themselves as a body, in the press and media. In other words, they are young Britons who inhabit all of this complexity and people we could recognise in our everyday interactions on the streets.

In all of Dead Ink Publishing’s choices during this campaign, they have acted to remedy these issues and bring forward quality fiction that the large presses are too conservative to put forward. We should thank them for being open to radical books and championing new voices. I hope you all will help them and myself on that mission and support the crowdfund.

Haroun Khan is a writer proud of his South London roots. The Study Circle is his debut novel and is based upon his own experiences growing up on a council estate. You can help support the publication of The Study Circle here.