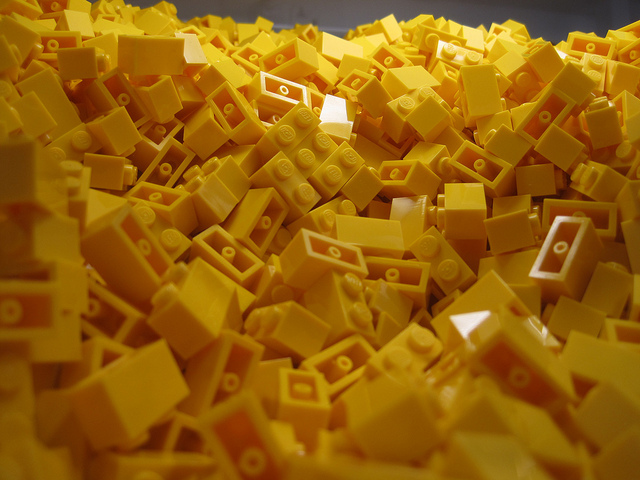 Magicians are sworn not to reveal the secrets behind their illusions. Some authors will talk about their art and their books, some avoid giving away all the tricks of their trade, preferring to preserve some of the mystery. I like books that actually deconstruct the workings of language and fiction as part of the very grain of their story. By this I don’t mean I like books written about writers in the act of writing – to me that seems a most self-indulgent form of literature. No, I like books that rather than call for a suspension of the reader’s belief in order to enter their worlds, are periodically tugging the reader’s sleeve to gently reaffirm that this is a work of fiction. In doing so, the book can assist the reader in thinking about the relationship of the fictional to his or her own real world. And it’s not just books either…

German playwright Bertolt Brecht’s stagecraft was shaped by his political beliefs as a Marxist. While his end motives don’t inform my work, I do share some of the approach he adopted. Brecht wanted to break down the ‘invisible fourth wall’ through which a theatre audience watched the action unfold on stage and demarcates their world from that of the magical transformations of actors into characters taking place on stage. Brecht was intent that the audience were not transported into any other world, that they were fully aware what they were watching on stage was an illusion, an exercise in make-believe. Actors often addressed the audience directly and out of their character. He used music, song and comedy to underline the non-realistic nature of the action. He felt that if they knew what they were watching was not real, it would help them enter the expressive language and stagecraft of the play and that was where he could get them to engage with his political message. That nothing would remain hidden, the message was wholly unambiguous. In truth I could have chosen any of Brecht’s plays to epitomise this ‘deconstructive’ style, but I chose this one because he was rather a naughty boy in how it came about. Firstly, his script was largely stolen from his then partner Elisabeth Hauptmann’s work translating John Gay’s The Beggar’s Opera, while some of the songs had been penned by Francois Villon. Neither Hauptmann nor Villon were credited. So Brecht wasn’t committed to full transparency in everything then…

This book is out of print and I had to stalk eBay and Amazon marketplace for a very long time to nab a copy that wasn’t around the £60 it is usually quoted at. William Burroughs and Terry Southern’s cut-up technique was always a bit opaque to me, since I never recognised any of the original texts they applied their method to. Jeff Noon gives you the classical texts he cuts up here, taking you through from the original ‘Inlet’ text, through a series of word manipulations (and even breaking words down into just letter fragments) into a wholly different final ‘Outlet’ text, but he shows you the steps in between and thereby lies the essential brilliance of the book. He lists a set of functions by which these texts may be mutated, be it by the gentle ‘Decay’, the more violent detonation of ‘Explode’, adding the stimulants by ‘Drug’, or the evolution of ‘Release Virus’. So we get Shakespeare’s Taming Of The Shrew filtered through a real life list of horses from a race card, melded with a Zane Grey piece from 1912 to end in a meditation on language itself. In another, a list of the landmarks of our moon (all the Seas, Bays and Lakes) is blended with a BBC Radio shipping forecast, the numbers replaced by key words, to arrive at a bee’s honeycomb arrangement of phrases. He breaks language down to the building blocks of its alphabetical DNA and then rebuilds a new creation. Something I do in my novel.

How I Escaped My Certain Fate – Stewart Lee

Stewart Lee is a stand up comedian. This is the first of several of his books deconstructing his comedy act, bearing in mind that his routines themselves already embody their own deconstruction and therein lies much of the humour and tension. Lee creates a character or persona on stage, of a frustrated comedian who is defeated by the politics of the age and often by the responses of his audience who can’t or won’t see that. By turns he has the power in the room, and then surrenders it back to the audience. Sometimes the audience are made to feel uncomfortable, at others it is Lee the performer on stage who looks as though he might be crushed by the way the tension and power are ricochetting around the auditorium. He cajoles the audience, attacking their supposed values in an echo of the values they project upon him, Stewart Lee (conflating character with the real person). He flatters them, divides them against one another. He is a maestro, playing the audience like a virtuoso, and the book explores how he arrives at his act, a process very similar to that of authors creating their characters and fleshing them out. Lee doesn’t tell jokes. He doesn’t even tell stories, but everything, the humour and the emotional response, is entirely in his telling, the fate of the person at the microphone up on stage. Lee is ambivalent as to whether comedy is high art, but his is certainly literary; not through his references and allusions, but through his appreciation of language. Everything can turn on just a single word, or a callback to an earlier sentence. He also offers his seeking out of the traditional comic forms of the Bouffon in France and the shaman-clowns of Pueblo native Americans. Their concern with mocking established communal values as a way of both reaffirming them and providing the possibility of what lies beyond such conformity, goes back to the origins of clowning. If he were a magician, Lee would be drummed out the Magic Circle for revealing his secrets, both on stage and in his books. And we would be all the poorer for that.

Six Characters In Search Of An Author – Luigi Pirandello

A theatre director is rehearsing a play with his actors, when six characters wander on stage in search of an author to finish the writing of their story. Imploring the director, they begin to act out the parts of their story they know so far and the professional actors object and deride the truthfulness of their ‘performance’. It’s a brilliant exploration of the liminal space between actors and characters, fiction and reality. Do fictional characters have any existence outside of the pages on which they are created? Well the persistence of characters like Oedipus, Hamlet, Lear and the like suggest that they do, but they never existed in reality. This is the genius and the confusion of mankind, the gift of our imagination and creativity and the confounding of our understanding of the realities around us that emerges from the very same.

‘(Love Like) Anthrax’ – Gang Of Four (from the LP Entertainment)

From the 1980s heyday when everyone seemed to be a Marxist, Gang of Four’s debut album was a withering critique of cultural production, from the desensitising of TV news, through the commercialised teenage dance of sex, Fascism, Imperialism and Northern Ireland, the commodification of pleasure and so on. But the album’s closing track went further in deconstructing its own terms, those of music, lyrics and the recording industry, to deadly effect. The song’s music, chockfull of reverb and feedback, seems to advertise its reliance on twiddling the knobs and dials of the sound engineer’s mixing desk, emphasising its own artifice. But it’s the lyrics, sung by two band members over each other, seemingly oblivious to the counter narrative of their cohort’s words: one of them sings about how love is the highest value in pop music, percolating all songs, and how this is delusory and offers a false narrative of hope to the listeners, the other’s lyrics are about desperation and depression and references Kafka’s Metamorphosis. Gang of Four take the pop song of love down by several pegs and reveal the electrified instruments and the recording technology that spits out these three-minute-long ditties extolling it. Musical deconstructionists. My book also looks to strip away some of the illusions on which our society is erected. The love of a spouse, the love of one’s child, what are these actually founded on? If I was in the Magic Circle, I would be kicked out for seeking to reveal the sleight of hand behind our illusions.

Marc Nash has published five collections of flash fiction and four novels, all which look to push narrative form and language. He also works with videographers to turn some of his work into digital storytelling. He lives and works in London in the NGO realm. His novel, Three Dreams in the Key of G, is crowdfunding now on Dead Ink. You can support it here.