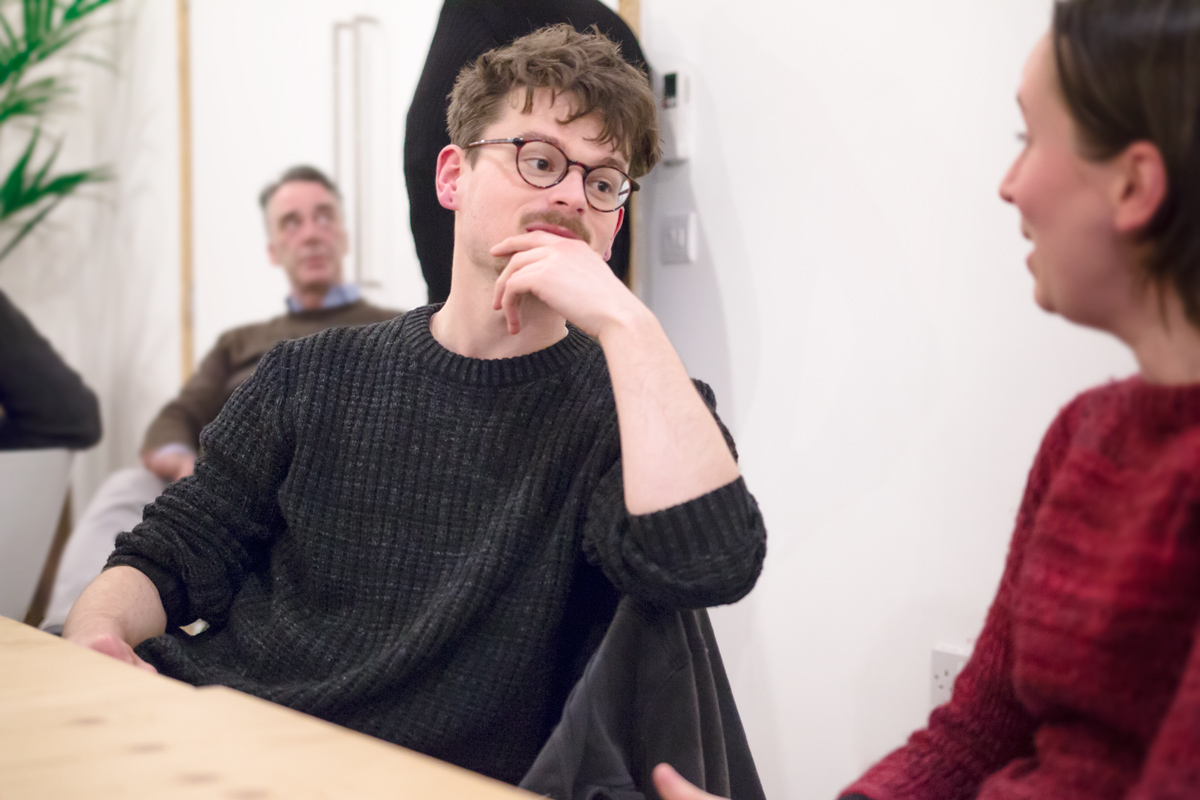 We awoke bleary-eyed after a stormy night to find several tonnes of concrete had collapsed onto the railway lines going into Liverpool Lime Street Station. All lines into the station were closed for a week and we’d already booked train tickets, hotel rooms, event space and guest speakers. It was a poor omen for for the inaugural Dead Ink Author Boot Camp taking place that weekend.

Despite the travel chaos that almost derailed it, the Boot Camp was a success. It took a flurry of hyper-efficient last-minute coordination from Amelia, but we pulled it off. We brought the publishing world up North and delivered an experimental weekend of workshops to spread skills. The plan came from a simple problem that we kept facing: we’re only a little press. Despite being little, all of our authors were intensely committed to us and determined to make their books work. Their book is, after all, their book! And every year we take on a new group of these eager authors who want to work with us to get their book into the world and into readers’ hands. This is, of course, great for us. In fact, we rely on it to sell any books at all.

The problem is that the world of books, well, the industry side of things, is often confusing, opaque and huge. It can be disorientating and, as a debut author, by the time you’ve got to grips with it people have forgotten you ever released a book.

Our plan was to bring all of our new authors up to Liverpool, get them in a room and, over the course of a weekend, teach them everything they needed to know. So, we got Sophie O’Neill from Inpress Books to talk to them about how the book trade works; we got Hannah Corbett to explain how to put together a publicity plan and work up a buzz about their forthcoming book; we got Steve Dearden from The Writing Squad to run a performance workshop about live-reading; and we got Antonia De Feo to show them how to take all of that and keep it going online through social media. It was of course also a chance for this year’s writers to meet each other and the Dead Ink team. It’s only been a few days since everyone went home again, but already there are promising signs. On the Dead Ink channels, the authors have been eagerly discussing their ideas and sharing publicity plans. They’ve been going into their local Waterstones stores and introducing themselves, they’ve been planning their own book tours and they’ve been discussing how they can help each other.

This is an indie publisher’s dream!

Obviously only time will tell how much of an effect it will have. We’ve already said how with this weekend we wanted to penetrate some of the dark smog of the book trade, but it does remain huge, it remains obscure, and it remains an imposing entity to try and make your way into. This can sometimes be forgotten.

Our hope was that, by running our Author Boot Camp, our authors would be making that journey together and by helping each other this would make the task less daunting. It might be too early to say just how successful it will be, but so far the omens are good.