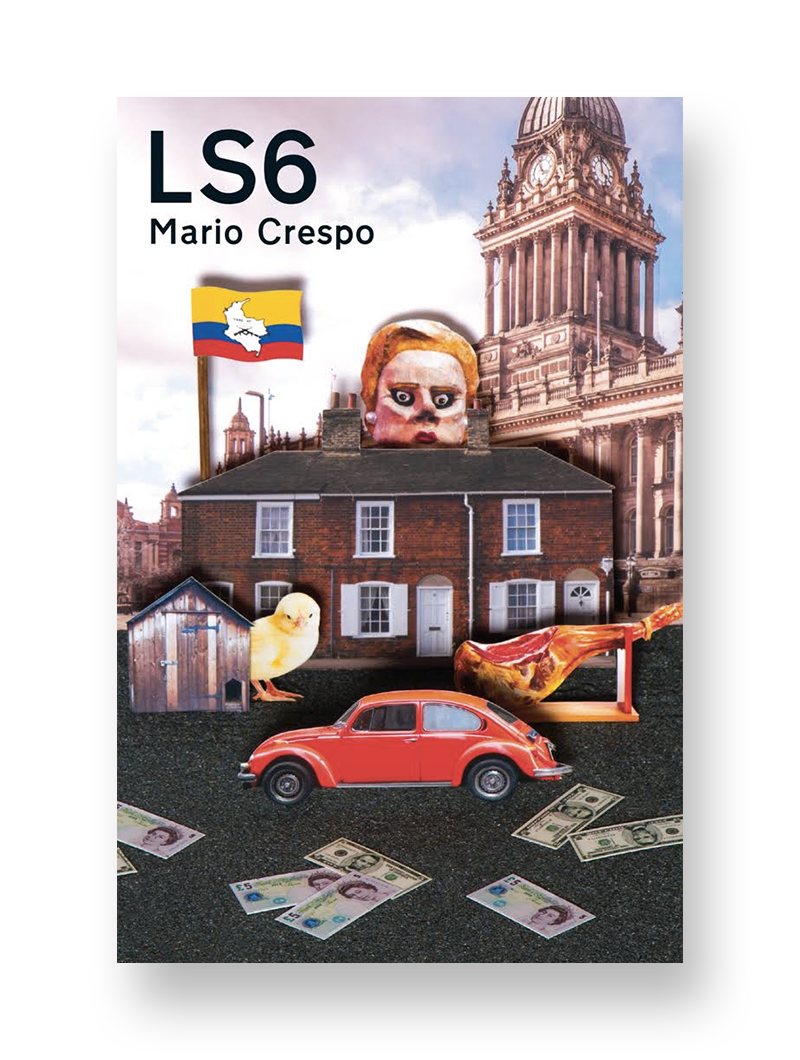 “A fascinating voyage round the world through the postcodes of Leeds as seen by a dazzling patchwork of international characters. Mario Crespo’s flair and his outsider’s eye makes my hometown a new and surprising place.’
– Jeremy Dyson, The League of Gentlemen

Leeds, the melting pot. A Spanish ham cutter, a Colombian chicken sexer, an Italian usher, a Cape Verdean actor, an Iraqi-Kurd ghost-writer, and a widow of Leeds. All weave their way towards the Playhouse for The Death of Margaret Thatcher. Collage or cocktail: the forces of neoliberalism, yin-yang, and The Golden Bough bring them together and then tear them apart. The Leeds school has an explosive new voice formed in Madrid.

by Sally Ashton
£8.00
Pre-order
Preview Book
Get 10% off your first book Join our newsletter to receive news
on our latest books and authors.
Tweet
Share
Pin